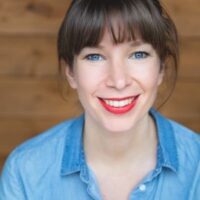 "I'm proud of how much we've achieved with so little."

Watch the video interview with Reetu Kainulainen, CEO at ultimate.ai, and learn more our technical foundation and story.

How did you meet your co-founders?

Well, Markus I met at the kindergarten. I think we were 5 years old when I first got introduced to Markus. And through that we were at the same elementary school, we were in the same high school and then we actually moved to another city in Finland to attend the same technical universities. And Jaakko - I met actually through Markus. So, in University we were kind of starting our first business and we thought: Who is the the smartest guy we know? And Marcus immediately said: I have a guy and that was Jaakko. So - that's how I got introduced to Markus and Jaakko.

"We have always been the guys who think: How can we solve problems with technology?"

When was the very first moment you’ve ever started talking about Ultimate.ai?

I think, after we won this hackathon in Finland during the summer. It was based on this AI assistant for a conference and wasn't really ultimate. But we really wanted to win. We weren't really sure that this is it. But working with the clients - going deeper, understanding how their customer service works, how other areas of their business works - made us realize that this customer service industry is actually large, full of inefficiencies. Then we started to focus on that space. And simultaneously we started to figure out what is the thing called we're creating here. We wanted to be ambitious so that's how ultimate.ai was created.

What was the biggest success when looking back for Ultimate.ai so far?

The single thing I'm the most proud of would be how much we were able to achieve with so little. We have always been the guys who think: How can we solve problems with technology? Instead of having unlimited amounts of resources that we get to throw at problems. Already we've come so far with a really tiny team. We've been able to work with some amazing companies. We have great investors and stay really competitive in this really tough space with just a group of really good people. So I think, that's the biggest obstacle - but also the one thing I'm the most proud of.

Which AI godfather fascinates you most and why?

A Finnish researcher called Teuvo Kohonen: He was actually doing a lot of pioneering work in the seventies on neural networks. And I think a lot of AI talent in Finland is a result of his work. He is a person that I look up to, because he single-handedly created a lot of of interest in AI in Finland. Now there are a lot of talented people who were even working with him or inspired by him. And now this tiny little country has become actually quite competitive in this AI race. So Teuvo Kohonen would be a good example of an AI Godfather.

"Forget about AI. It's great, it's a really promising technology. There's a lot of potential there, but it's just a technology."

What advice would you give young AI founders?

Forget about AI. It's great, it's a really promising technology. There's a lot of potential there, but it's just a technology. The most important thing is that you can solve your problems. And first you need to understand the problem and the solution might involve AI and that's great. But you shouldn't start with that.

I see a lot of people who think first about what they could do with AI and then push that into different problems. This approach usually results into years wasted. I would say, salute the problems first and then ask yourself if AI is really a good solution for that. And if it is, try to find good feedback loops, try to find great datasets of course. But fit the AI into the problem or in the existing process. I think that one big learning from us.

"We're feeling really ambitious. Like we can take it on."

Watch the video interview with Sarah Al-Hussaini, COO at ultimate.ai, and learn more about our next milestones as an AI-first company....

"A rapidly growing startup needs to be mindful of its tech."

"It's naivety that allows people to do great things."