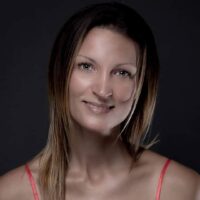 In this article, we debunk the most common myths about chatbots, and set the record straight on these helpful little machines once and for all.

Say the word ‘chatbot’ and people often conjure images of a dystopian future where machines rule the human race and cars whizz through the air. Chatbots are often thought of as threats taking our jobs, and as intimidating due to the complexity of their programming. Many companies hesitate to adopt chatbots because they worry that interacting with machines will make their customers uncomfortable.

Thanks in part to Hollywood and science fiction books, in part due to lack of concrete facts and information, and in part to our overactive imaginations, there is a whole load of misconceptions about chatbots.

In this article, we debunk the most common myths about chatbots and set the record straight on these helpful little machines once and for all.

Believe it or not, chatbots are actually nearing retirement age (or what would be retirement age in humans, anyway), at 53 years old. That’s when Joseph Weizenbaum developed ELIZA -- the first-ever chatbot. ELIZA was able to mimic a Rogerian psychotherapist by matching user prompts with scripted responses (which tended to be further questions intended to encourage the human to think more about the issue in question), and even passed the Turing Test for AI. She lacked, however, a framework for contextualising events.

A few years later, Perry came onto the scene. Perry the chatbot simulated a paranoid schizophrenic, with a serious conversational strategy. But it wasn’t until 1995 that chatbots began incorporating NLP, first showcased in ALICE. Adding NLP into the mix allowed for a far more complex conversation, but where ALICE was truly revolutionary was in the fact that her programming was open-source. This meant that developers could incorporate her technology into their own chatbots.

And, logically, that’s when chatbots really took off. Since then, we’ve seen Smarterchild, IBM’s Watson, Siri, Google Now, Alexa, Cortana, and many, many more chatbots fly onto the scene.

It’s a common worry that chatbots are going to take our jobs and leave a portion of the workforce unemployed. But that’s not the plan. In reality, chatbots work best with, and indeed oftentimes require human input.

Chatbots are clever, and nowadays, they can even speak and understand natural language, thanks to advances in NLP. But they’re programmed to handle simple, repetitive (and boring) tasks -- nothing more.

They cannot, for example, make a decision to process a refund for a flight because the purchaser is in hospital. These more complex kinds of inquiries need to be escalated to human agents. And since chatbots actually empower agents and free up their time for these more complex cases, the human agent is better able to help when their input is needed.

“I believe that in 2020, we’ll see greater interaction between bots and human customer service teams, with bots assisting human agents with pre-existing information, so that queries are handled seamlessly and to the customer’s satisfaction. This will also free-up significant time for agents, who will be able to focus on more complex customer service cases.”

In addition to that, chatbots need to be programmed, troubleshooted, and upgraded by humans. The machine cannot perform these tasks on itself.

So the future of chatbots in the workplace is very much a future where chatbots and humans work together with great synergy.

Actually, it seems that people don’t mind talking to chatbots at all -- so long as they’re told so right away. Otherwise, the human customer may feel misled when it becomes apparent that they’re talking to a machine. This was true with some of the first customer service chatbots, who pretended to be live agents.

Nowadays, this is considered bad chatbot etiquette. Modern bots announce themselves as what they are (or they should, anyway), and when a case requires human input, they also tell the customer that they will be handing them over to a human agent.

Not only are people comfortable talking to chatbots in these cases, but they’re oftentimes more open and honest with them as well. One study found people to be more open with automated tools because, well, machines don’t judge. Plus, people find that bots are more ethical than human agents a lot of the time.

It also helps that chatbots have also become much more natural and easier to talk to, thanks to advances in NLP and machine learning.

Myth #4: All chatbots are the same

The reality is that not all chatbots are created equal. There’s a big difference, you see, between rules-based chatbots, which are powered by a series of defined rules, working their way through a conversation like a flowchart, and intelligent chatbots, which have been programmed with AI and machine learning to understand the context and intent of a question or statement before formulating a response.

We’re tagging this one as fake news! The market is primed and ready for chatbots, and indeed, mass adoption of the technology has already begun. So much so, in fact, that when Oracle surveyed 800 decision-makers in France, the Netherlands, South Africa, and the UK, an astounding 80 percent said they were already using or were planning to use a chatbot by 2020.

And that’s not all. According to Drift, more than a quarter of adult US customers are ready and willing to buy basic goods through a chatbot, and 13 percent have already done so.

So if you’ve been put off getting a chatbot because you’ve been told the market isn’t there yet, it’s time to think again.

Myth #6: You need a huge IT team to handle a chatbot

Some people are put off from getting a chatbot because they don’t feel they have the technical knowhow, nor do they have the power of an IT team behind them to help them figure it out.

The truth is, though, that chatbot tech is now at a stage where organisations can set up their bot without a huge amount of manpower. This isn’t to say that the process is quick and easy -- it isn’t (not for an effective, successful chatbot, anyways). Though chatbot technology isn’t actually that complicated, setting up a chatbot requires quite a bit of time for the machine to learn your company’s SOPs, objectives, vision, and brand style.

But that shouldn’t intimidate you away from getting one for your company. Today’s modern chatbots are slick and easy to work with, and don’t require much technical knowhow. They just require a bit of time, patience, and lots and lots of interaction through real-world experiences (with you and your customers, for example) before they can be truly ready to take over your company’s basic administrative and customer service tasks.

Technically, this one isn’t entirely untrue. Back in 2018, computer scientists created an AI app that could write its own code. Bayou, as it was named, is able to work with very simple instructions from a developer, and programme what he or she is after -- almost intuitively.

See how I said ‘almost’? Even Bayou, which was the culmination of 60 years of scientists trying -- and failing -- to design applications that can programme computers (and thus, themselves), still requires human input.

Machines need to be programmed by humans. They cannot come up with equations out of thin air. This, indeed, takes us back to the statement earlier in this article that chatbots will destroy jobs. Chatbots need humans, and -- as far as we can tell -- they always will.

Now that you know more about chatbots, don’t they seem so much less intimidating? That’s good because as we stand at the dawn of the new decade, we’re about to see a whole lot more of them, coming a lot sooner than you may think.

What Is a Chatbot? Everything You Need to Know

Chatbots are mostly used for customer service, but they are also becoming personal assistants. This is how!...

How to Build an Addictive Dialogue Flow for Your Chatbot

It may not sound like it at first, but building your chatbot’s dialogue flow can actually be a pretty fun, creative process....

A Window into The Future of Conversational Commerce

We sat down with Chatbot and C-Commerce expert Yoav Barel to talk about how conversational commerce will shape our world in the coming years....

Schedule a demo and one of our specialists will be in touch to show you how ultimate.ai can transform your business.

Chat with an Expert